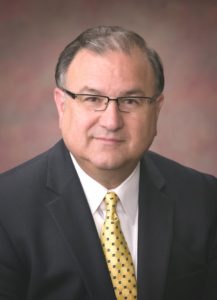 It’s strange that a city like Easton, sitting on three different waterways (the Lehigh River, the Delaware River, and Bushkill Creek) is “landlocked,” but in this case, Mayor Salvatore J. Panto Jr. explains, it means that fresh civic space must come from adaptive reuse, not new development. And for a city of about 27,000 people, Easton does itself proud with parks.

Panto (a Kutztown University and Lehigh University alum born and raised in Easton) notes that surrounding suburban townships can designate lots of open space for things like sports fields. That’s not possible inside the city limits, but over the last decade, green space has been popping up in Easton, including blighted building sites demolished for nascent playgrounds.

“There’s no doubt about it in today’s environment,” Panto says. “Especially young adults, they’re interested in getting outside.”

Panto was Easton’s youngest mayor when he was first elected in 1984, at age 31. He served two terms, was re-elected in 2011, and has served consecutively ever since. His administration’s priorities are safety and cleanliness, and when he first took office, he says, Easton’s park spaces were home to rampant drug dealing and gang violence, dotted with dangerous trash.

Thanks in part to the Easton Ambassadors Clean and Safe Program (under the Greater Easton Development Partnership), “we’ve been able to clean up the city,” Panto says.

He grew up playing baseball in Sullivan Park, on the city’s northern edge, but stormwater runoff from a neighboring township kept causing ruinous erosion. So as mayor, Panto and the city worked the problem. “We actually put a retention pond in there,” he says, including a fountain and aquatic plant life, which in turn attracted wildlife, like frogs.

The 520-acre Hugh Moore Park has seen even bigger changes. On a finger of land snaking from the city’s southwest edge, it’s actually a narrow island between the Lehigh River and a canal on the river’s eastern side, and was one of America’s first industrial parks. The old Glendon Iron Company predates Bethlehem Steel.

Though the island hosts the National Canal Museum, “that park had really fallen into disrepair,” Panto says. An $850,000 grant from PA’s Department of Conservation and National Resources led to a major revamp, with the city and partners supporting funds for things like a bike course, a zipline, playground equipment, and landscaping. (Plans for a dog park were scrapped because of the proximity of one of the country’s few remaining mule-drawn canal boats.)

“It is now becoming a major destination,” Panto says of the new Hugh Moore Park, which now also boasts a summertime trolley from the city’s center, letting families travel back and forth easily. And the Delaware & Lehigh National Heritage Corridor will celebrate its 30th anniversary there on June 2, followed by the kick-off of the Rails to Trails Conservancy PA Bicycle Sojourn on June 10.

Even bigger things are afoot at the old Simon Silk Mill, a 19th-century textile mill that until recently was a complex of 18 vacant buildings on 16 acres. “You drive by the front of it, all you see is just an old building,” Panto says, but an onsite film festival launched about a decade ago re-introduced the public to the beautiful scenery on the other side, along Bushkill Creek. This also helped attract a developer, who is now investing $100 million in a new mixed-use complex.

“It’s a great adaptive reuse of a space that was originally private, and now public,” he adds.

But Panto’s personal favorite stretch of outdoor space is the redeveloped Karl Stirner Arts Trail (formerly the Bushkill Trail), a 2.5-mile bike/pedestrian trek along Bushkill Creek which will ultimately feature historic signage and large-scale sculptures. It all means a lot for a city that hosts about 450,000 guests annually, from the Crayola Experience to the Heritage Corridor’s Visitors Center.

The mayor is proud of the changes in Easton since the 1980s. “This doesn’t just start with the private sector. The public sector has to set the standard as well.”

Mayor Panto is one of the 22 Mayoral endorsers of the PA Urban Parks and Recreation Alliance. For more information, click here.